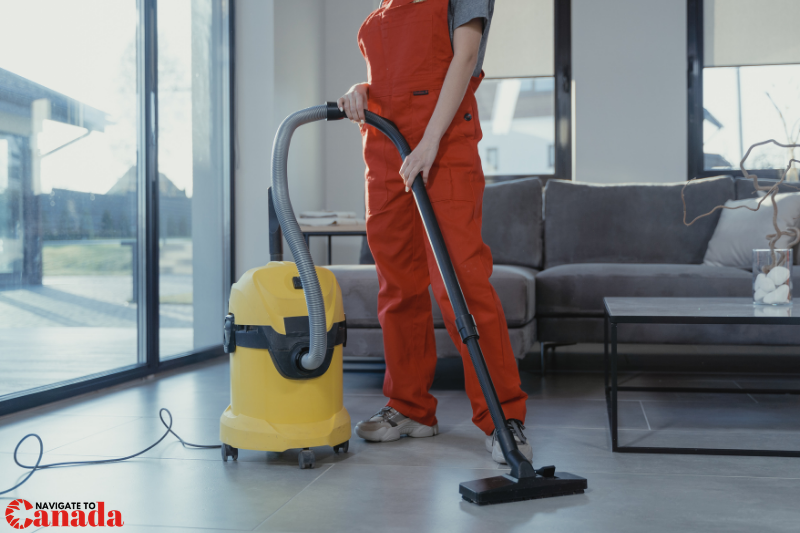 Canada should do more to retain lower-skilled temporary residents in Canada, according to a Ryerson University policy brief.

The brief was published by the Canada Excellence Research Chair (CERC) in Migration and Integration.

The CERC is a program that supports Canadian universities by awarding world-renowned researchers up to $10 million to establish research projects. The CERC in Migration and Integration at Ryerson University is the first CERC awarded to the university.

Every year, Canada welcomes over 350,000 new permanent residents, around two thirds had lived in Canada temporarily beforehand. Despite the COVID-19 pandemic, Canada is committed to welcoming large numbers of new immigrants.

The COVID-19 pandemic has further highlighted the importance of low-skilled workers to the economy. These workers took jobs like grocery store clerks, hospital cleaners, and farm workers.

Demand for lower-skill jobs is also expected to grow as a consequence of increased demand for labour over the next decade, although this growth is projected to unfold at a lower rate than high-skilled jobs.

Sectors such as childcare, family services, commercial transportation, food services and building construction are projected to grow over the next 10 years. Also, Canada’s aging population will increase demand for health care and social services, as baby boomers reach retirement age.

This increasing demand for lower-skill jobs may be due to Canadian-born workers’ reluctance to fill these positions. Many high-skilled permanent residents end up with lower-skilled jobs because of this high demand.

What current immigration programs target lower-skill workers?
The British Columbia Provincial Nominee Program (BC PNP) regularly invites a number of low-skilled workers to apply for provincial nomination for permanent residence. This is through the Entry Level and Semi-skilled Worker category.

The In-Demand Skills Stream in Ontario provides some workers in high-need occupations a pathway to permanent residence.

The Atlantic Immigration Pilot is another option for lower-skilled workers who wish to immigrate to any one of Canada’s Atlantic provinces – New Brunswick, Newfoundland and Labrador, Nova Scotia and Prince Edward Island.

In addition, the Agri-Food Immigration Pilot provides 2,750 workers in the agriculture and agri-food industries a pathway to permanent residence.

One common aspect of these programs that target low skilled workers is that they are small in scale.

For this reason, the policy brief calls for expanding the two-step immigration system to include lower-skilled residents.

The two-step immigration system refers to those who come to Canada temporarily, and then transition into permanent residents.

Although these new programs are time-limited, the policy brief describes them as being a step in the right direction.

Canada should offer more options for lower-skilled workers
The policy brief recommends that Canada create a pathway to permanent residence for lower-skilled temporary workers that is ongoing, and that accepts a large volume of applicants.

It is also recommended that Canada allocates between 10 and 20 per cent of economic class applicants to lower-skilled workers, and invites eligible temporary foreign workers to apply for permanent residence.

In addition, Canada is encouraged to introduce new policies that help protect foreign domestic workers from a drop in wages.

Canada should also invest in settlement services for temporary foreign workers who are eligible to transition to permanent residence.

Finally, Canada is encouraged to communicate the economic contribution of low-skilled workers to the Canadian public to address any concerns or anti-immigration sentiment that may arise as a result.

Navigate to Canada. Contact us to discover your Canadian immigration options.