According to a new Statistics Canada report, the number of overseas student graduates receiving a Post-Graduation Work Permit (PGWP) has climbed considerably. Depending on the length of their academic program, the PGWP permits qualifying overseas graduates to work in Canada for up to three years.

PGWP holders can apply for several of Canada’s economic-class immigration programs if they have a Canadian education and job experience. It is neither renewable or extendable, and it is only available once in a lifetime.

In this time span, the median annual profits earned by PGWP holders climbed from $14,500 in 2008 to $26,800 in 2018, adjusted for the variation in dollar value over the decade. These profits show that the average quantity of labor input has increased.

Within five years of getting their PGWP, over three-quarters of all PGWP holders had become permanent residents. According to the report, the high rates of transition to permanent residency might be due to the fact that PGWP holders with Canadian work experience have a better chance of being picked as immigrants. In addition, PGWP recipients may be more motivated to seek permanent status than individuals who did not apply for one.

PGWP holders come from all around the world. What happens to them? 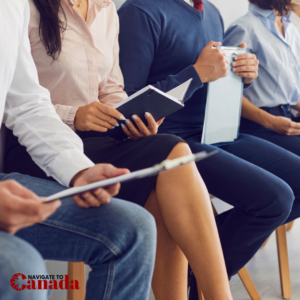 The majority of PGWP holders originated in two countries: India and China. In 2018, these two source nations accounted for 66% of all PGWPs granted, up from 51% in 2008. From 10% in 2008 to 46% in 2018, the percentage of Indian overseas students who obtained a PGWP increased by more than fourfold. The proportion of overseas students from China who received PGWPs decreased from 41 percent to 20 percent. International students from India planning to study at the postsecondary level climbed substantially quicker than those from China throughout the research period.

Earnings vary depending on the place of origin, the destination, and the industry.

The greatest median wages were recorded by PGWP holders working in the territories in 2018, followed by Alberta and Saskatchewan. Those working in Quebec, Nova Scotia, and Prince Edward Island reported the lowest pay. Earnings increase was highest among PGWP holders employed in Newfoundland and Labrador from 2008 to 2018, followed by Quebec and New Brunswick. Albertans, Prince Edward Islanders, and Manitobans saw the slowest gain in earnings.

In 2018, the median wages of PGWP holders followed the overall pattern of all Canadian employees. PGWP holders who worked in mining, oil and gas extraction, utilities, and public administration made the most money. Those working in educational services, administrative and support, waste management and remediation services, housing and food services, and retail trade reported the lowest incomes. Earnings growth was highest for PGWP holders operating in lodging and food services, retail trade, real estate and rental and leasing, and educational services throughout the 10-year reference period.

The PGWP began as a trial program in a few regions in 2003 before being expanded to the entire country in 2005. Since 2008, the PGWP has permitted young graduates to work for up to three years for any firm in the country. After that, in 2014, study permit holders were able to work after finishing their studies while waiting for their PGWP to be approved.

These reforms were made to make Canada more appealing to overseas students by providing them with routes to permanent residency.

Eligibility for the PGWP

You must have completed a full-time program of at least eight months at a Canadian Designated Learning Institution to be eligible for the PGWP (DLI). Studies must be completed in person to credit toward PGWP eligibility, with the exception of students who were enrolled during the pandemic. Even if their whole program was online during this period, international students can include the time they spent studying online between March 2020 and August 31, 2022 toward their eligibility.

The validity period of the PGWP corresponds to the study period, which is between eight months and two years. A three-year PGWP may be available for programs that are at least two years long.