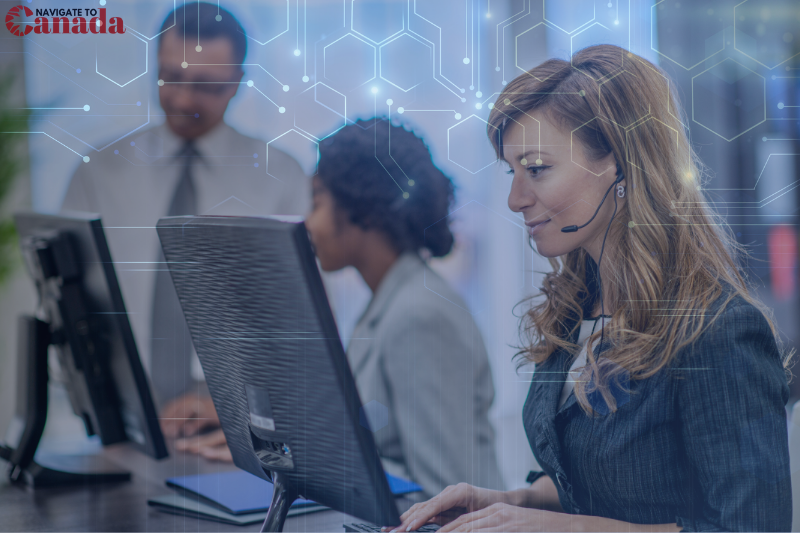 All about Canadian immigration and work permit pathways for tech workers in 2021.

Tech workers have a number of options for immigrating to Canada.

First, let’s talk about getting to Canada. Foreign nationals need a work permit in order to legally work in Canada. Some of these work permits are specifically tailored to tech workers. Although, it is possible for tech workers to skip straight to applying for permanent residency without ever setting foot in Canada.

That being said, studies have shown that immigrants with Canadian work experience tend to have better labour market outcomes. They tend to make more money and are more likely to be employed in the first year after landing.

Without further ado, here are some Canadian work permit options for tech workers.

A major temporary path is the Global Talent Stream. This route is designed to process 80 per cent of applications in two weeks or less. Employers use it to bring in high-skilled staff quickly. An employer who qualifies can be either Category A or B.

Category A is for companies that are growing very quickly and need specialized talent from abroad. A Category A employer must get approval from a referral partner. This is usually a local, governmental or semi-governmental agency that has as its mission a city or area’s economic development.

Category B is for employers who are looking for certain skilled workers that Canada has listed as being needed, but in short supply. The list is known as the Global Talent Occupations List. Canada’s most recent list contains twelve occupations. Each of them is in the technology field.

Employers must meet certain other requirements. For example, they must show that hiring the foreigner will create permanent benefits for Canada. Proving the new hire will create jobs for Canadians or transmit skills or knowledge to Canadians are ways to do this.

The employer must also show they are paying the foreigner a certain minimum wage. This can vary between occupations and provinces. This the Canada-United States-Mexico Agreement, which replaced NAFTA. It has provisions which facilitate talent mobility between the three countries. The two categories relevant to tech workers are Professionals and Intra-Company Transfers (ICT).

CUSMA identifies 63 occupations that qualify under the Professionals category. Computer systems analysts are among these occupations.

ICTs are employees that are moving locations within the company to a branch in Canada. There is no list of which occupations qualify or are excluded. Generally, an intra-company transferee is a person who has worked for the company for at least one year and has either management roles or special knowledge.

It is possible to make an ICT from a country other than Mexico or the United States. For example, the free trade agreement between the European Union and Canada (CETA) has provisions for ICTs, as does the agreement with the U.K.

A worker coming to Canada through any ICT does not need a Labour Market Impact Assessment. The LMIA, as it is often abbreviated, is a process that shows that hiring a temporary worker will not replace any Canadian workers. 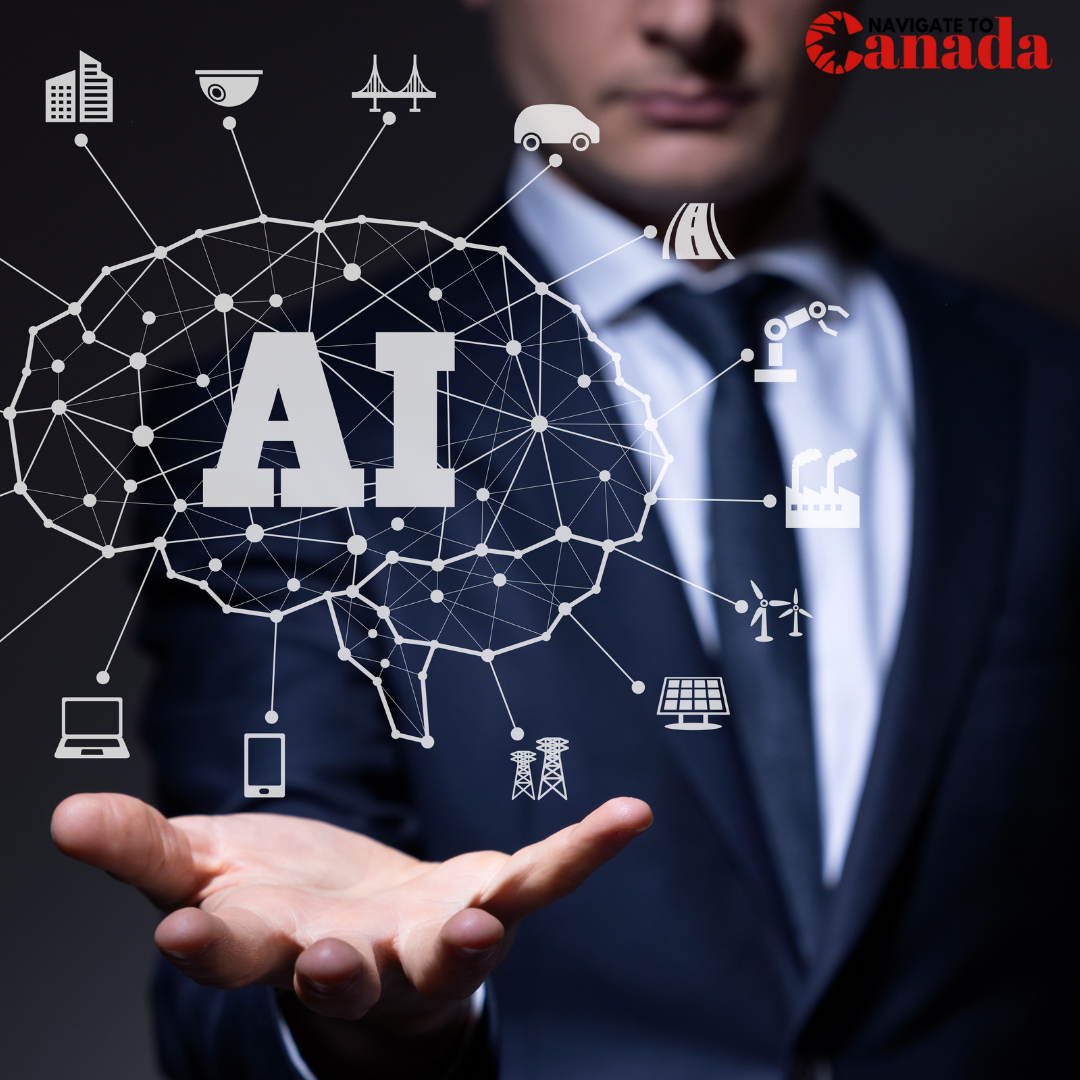 Those who want to stay in Canada more long term can apply for permanent residency. Permanent residents oftentimes get more mobility within Canada than temporary residents. They no longer need a work permit, though they may have to renew their PR card at some point. Also, the possibility of becoming a citizen opens up after a few years of living in Canada as a permanent resident.

Express Entry, the most popular immigration pathway for skilled workers across all disciplines. Although, it is oftentimes understood as an immigration program, it is actually an online application management system. Tech workers, specifically, can come to Canada through two of the three programs that are managed by the Express Entry system: the Federal Skilled Worker Program (FSW), and the Canadian Experience Class (CEC). The Federal Skilled Trades Program (FSTP) is more for trades people.

Express Entry is designed to process 80 per cent of applications in six months or less. Profiles in Express Entry receive scores based on factors such as education, language, and work experience. Every two weeks or so, Canada selects high-scoring profiles and gives them Invitations to Apply (ITAs) for permanent residence.

FSW is often well-suited for people without major exposure to Canada. To qualify for FSW, a person must have at least one year of Canadian or foreign work experience in a high-skilled job. These are occupations Canada classifies as National Occupation Code (NOC) Categories A or B.

Generally, tech jobs are NOC A. FSW applicants must also score a minimum of 7 on either the English CLB or the French NCLC language scoring systems. They do not need a job offer, but having one can add more points to their overall score.

CEC is designed for people who have already studied or worked in Canada. To qualify, a person needs to have worked at least one year (in the past three) in a NOC A or B job in Canada. They must have CLB or NCLC 7 if their occupation is NOC A. As with FSW, no job offer is required. But, having one can gain extra points.

Tech workers tend to do very well in Express Entry. According to the most recent Express Entry annual report, around one third of all successful applicants are tech workers. Four out of the five top occupations most selected for ITAs are in technology.

To be eligible, you must qualify for at least one other B.C. immigration program. The Tech stream is a special path that works within other programs, rather than being a program itself. You need to have an offer for a job in your occupation. This offer must be for at least one year.

Eligible candidates get invited to apply for a provincial nomination from the BC PNP through weekly tech draws. BC Tech candidates get several benefits such as priority processing, and a special processing officer.

Ontario conducts Tech Draws from time to time. To be eligible, you must qualify for Ontario’s Human Capital Priorities stream. This means you must be eligible for either the Federal Skilled Worker Program or the Canadian Experience Class. To be eligible for a Tech Draw, you need to have work experience in one of the following six tech occupations:

The province of Quebec launched this immigration pilot only a few months ago, in April 2021. This program has two streams.

This stream has two sub-streams: one for people who graduated from a Quebec college or university, and one for workers trained abroad. The two categories will differ somewhat in what they require.

For example, the Quebec sub-graduate stream will require the applicant to have experience and a job offer. The foreign workers sub-stream does not require a job offer, in some cases. But, both demand that an applicant have relevant education at least equal to a Quebec bachelor’s degree.

Information Technology (IT) and visual effects

People in this program must have worked for at least two out of the last five years in 10 occupations. They also need to have an ongoing job or new job offer in their field. They also must meet the education requirement. They must prove they have at least the equivalent of a Quebec technical studies diploma or bachelor’s degree.