Discover the top Universities in Quebec (Canada) ranked by the 2021 UniRank University Ranking.

Established in Montreal, Quebec, in 1821, McGill University is Canada’s top-ranked medical doctoral university. It has been consistently ranked as one of the best universities worldwide. With students from 150 countries, it is one of the most diverse educational institutes. Out of its 41,000 students, 12,800 or 31% are international students. It is an open research university with the highest percentage of Ph.D. students in any Canadian research university. 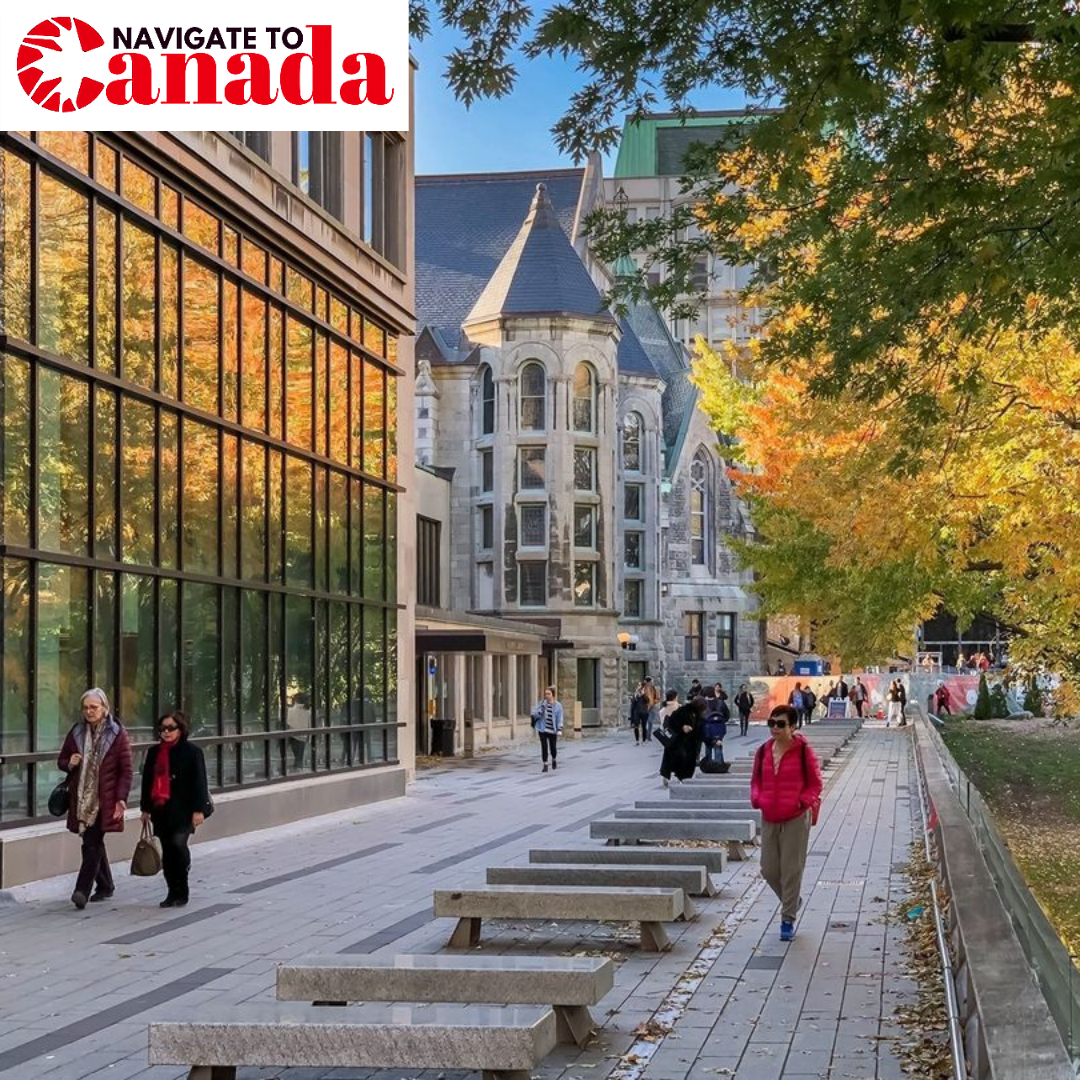 McGill University is a member of the Association of American Universities since 1926, an organization including the top North American research universities. Apart from this, McGill is also a founding member of Universitas 21 that is an international network of prominent research-intensive institutions that work together to enrich global reach and encourage international scope.

The University offers undergraduate and postgraduate courses in various areas of study. Some of the popular study subjects offered at the university include biomedical engineering, business analytics, chemistry, chemical engineering, architecture, and anthropology.

It is to be noted that the students at the university are provided with the required knowledge in their respective areas of study. Also, the university makes sure that students are guided under experienced faculty members. In addition, the university provides internships to its students for a better understanding of the field and exposure to the industry. 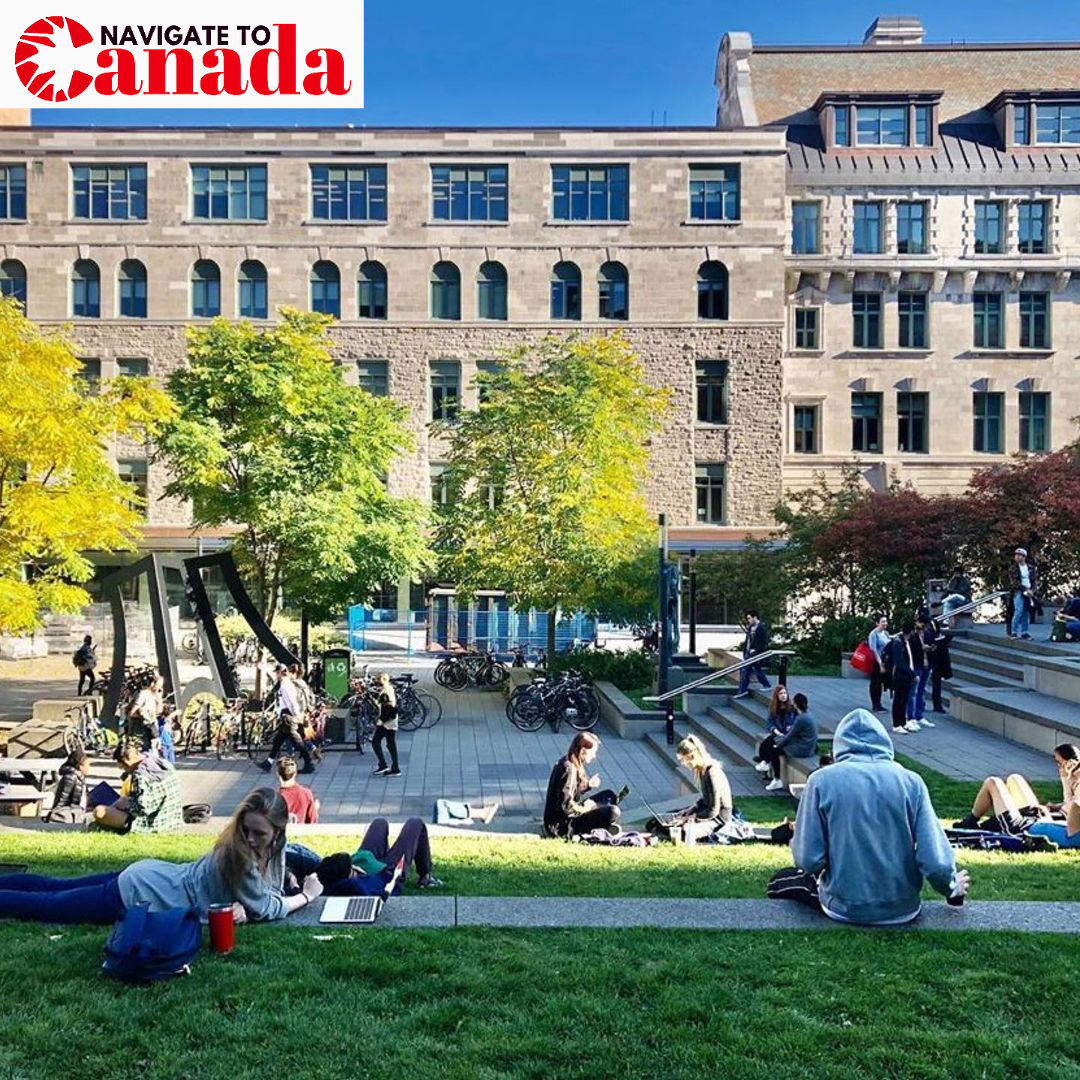 Its main Downtown Campus is located in Montreal, Québec, Canada, and is divided into the lower campus and the upper campus. Downtown offers accommodation to about 3,000 undergraduate students.

The residential halls are well constructed with all the necessary amenities. Moreover, the campus is close to restaurants and cafes, and general and medical stores for the convenience of students. Also, the public conveyance is easily accessible from the campus.

Another campus of the university is known as the MacDonald Campus. It houses various university departments like the Faculty of Agriculture and Environment, School of Nutrition, and Institute of Parasitology. Also, most of the research work is done on this campus.

Further, the researchers at the university have made notable discoveries and theories like the Advancement of Atomic Theory, the creation of football, hockey and basketball, and genetic codes and DNA.

These were some of the biggest contributions that were made to the society. Moreover, the university has a remarkable list of alumni that includes John Ralston (Novelist), William Shatner (Known for his role in Star Trek), Mark J. Poznansky (Scientist) and Julie Payette (Current Governor General of Canada). Present Prime Minister of Canada, Justin Trudeau is also a noted alumni of McGill University.

Also called UdeM, the University of Montreal is a non-private research institution of higher education in the Québec province of Canada. The University was founded in 1878 founded, with three faculties: theology, law and medicine. Earlier University of Montreal was situated in Montreal’s Quartier Latin but later in 1942, it moved to Mount Royal. It got the status of a secular establishment in the year 1967.

The main campus of the university is set on Mount Royal, the campus comprises more than 65 hectares of greenery, roads and paths. Aside from the landmark Roger Gaudry Pavilion that can be seen from kilometres away, the campus has some 40 buildings.

The 13 faculties and schools at the university cover all fields of knowledge, from music to natural science, law, humanities and health. It maintains 27 healthcare institutions, and 2 associated schools namely HEC Montréal (School of Business) and Poly technique Montréal (School of Engineering. Other than this, it allows students to choose from 600 graduate and undergraduate programs. 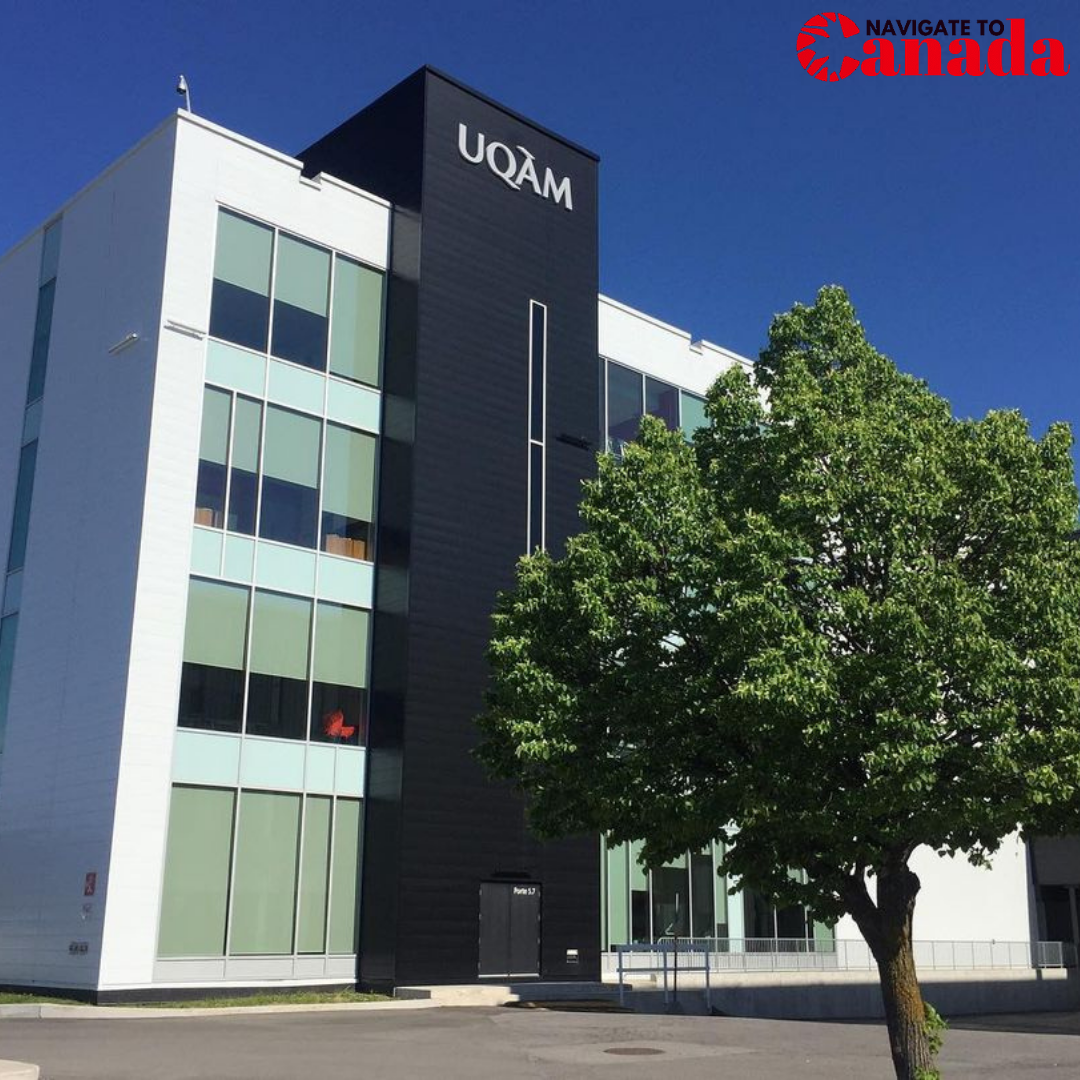 The University of Montreal is a part of the U15 group that combines 15 Canadian research universities. The university has 465 units and departments of research and is ranked third on the list of best 50 research institutions by Research Info source in the year 2018.

The university has successfully educated a huge number of students till now who now reside across Canada and around the world. Its alumni include pass outs who are serving as government officials, academic researchers, and business tycoons. Many ex-students have gained much fame for serving in government and other fields.

Laval University is an open research university that was established in 1663 and it is associated with CARL, AUFC, AUCC, IAU, CBIE, CIS, and UArctic. The university was founded by Francois De Montmorency-Laval who was the first Bishop of New France. Earlier, the university was known as Seminaire De Quebec.

The university was built with an aim to train and educate priests who can serve New France. Later on, it expanded its academic structure and began to teach liberal arts. In the early 20th century, the university opened the faculties of theology, law, medicine, science, social science, and forestry. Also, a research thesis was included in the curriculum. In 1938, the departments of economics, and political and social sciences were introduced which became well-known faculties of the university.

The campus comprises of over 30 buildings which were based on the modern-style architecture. The science building, wood research center, and the social science library are all located within the campus. The University has over 60 departments, schools, and institutes, offers 500 programs in every field of knowledge. The total strength of the university is about 43,000 students along with 7,000 international students. There are more than 9,600 full- and part-time employees on the university campus including 3,045 staff members. 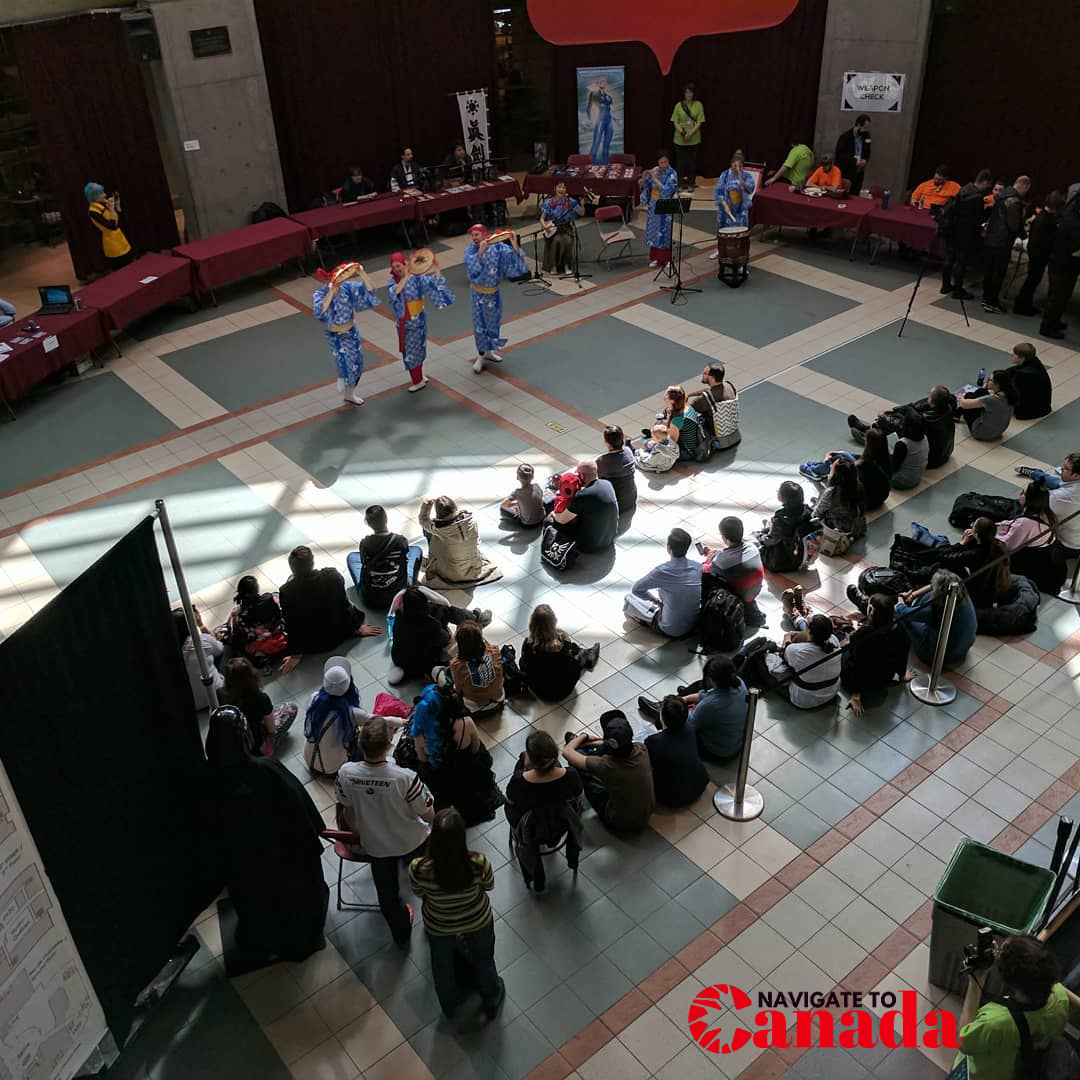 Brought forth by the merger of two main universities, Sir George Williams University and Loyola College, Concordia University was established in 1974. The University is a public research university located at the heart of the world-class city of Montreal, Canada. Concordia University is recognized for its flexible approach to learning, and for their commitment to examining societal issues from a broad perspective through their teaching and research.

The university is among the top universities and institutes in Quebec and in Canada for international and domestic students alike.

The university is committed to innovation, creativity, and brilliance in the education sector. The university comprises of multiple faculties and includes the faculties of Arts and Science, Fine Arts, the Gina Cody School of Engineering and Computer Science and the John Molson School of Business, a School of Graduate Studies, and a Centre for Continuing Education.

Concordia University has nearly 48,000 students pursuing their educational and research goals at the university (2018), making the university among the most sought after in the country. 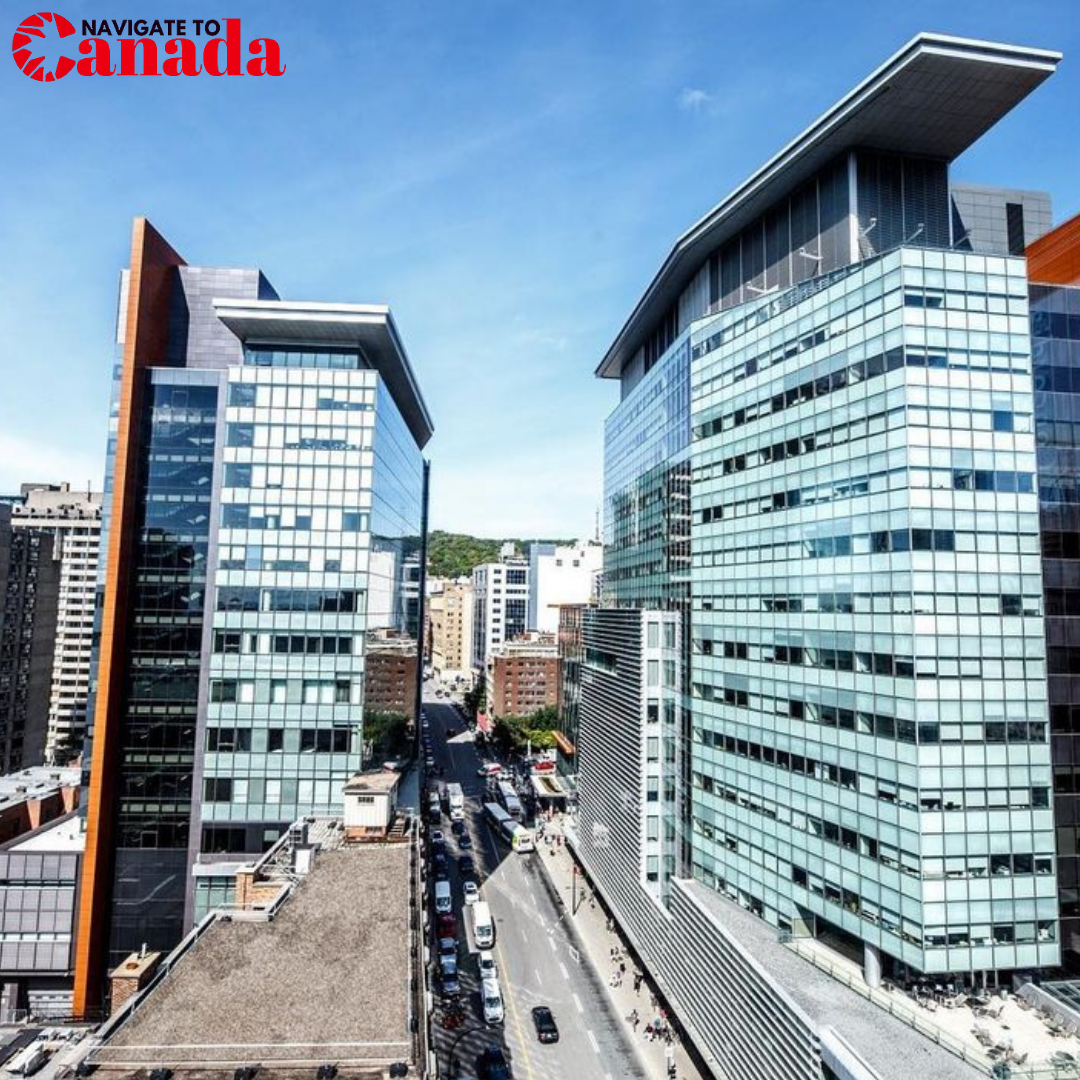 Concordia University is spread across two campuses, Loyola Campus and Sir George Williams Campus, with the latter being considered the main campus. The university is distinguished by its four faculties, a graduate school along with numerous centres, colleges, and institutes.

With over 100 graduate and 300 undergraduate programs and courses, the university aims to provide innumerable options for students seeking meaningful career opportunities. John Molson School of Business of Concordia University has been consistently ranked among the top 10 business schools in Canada. 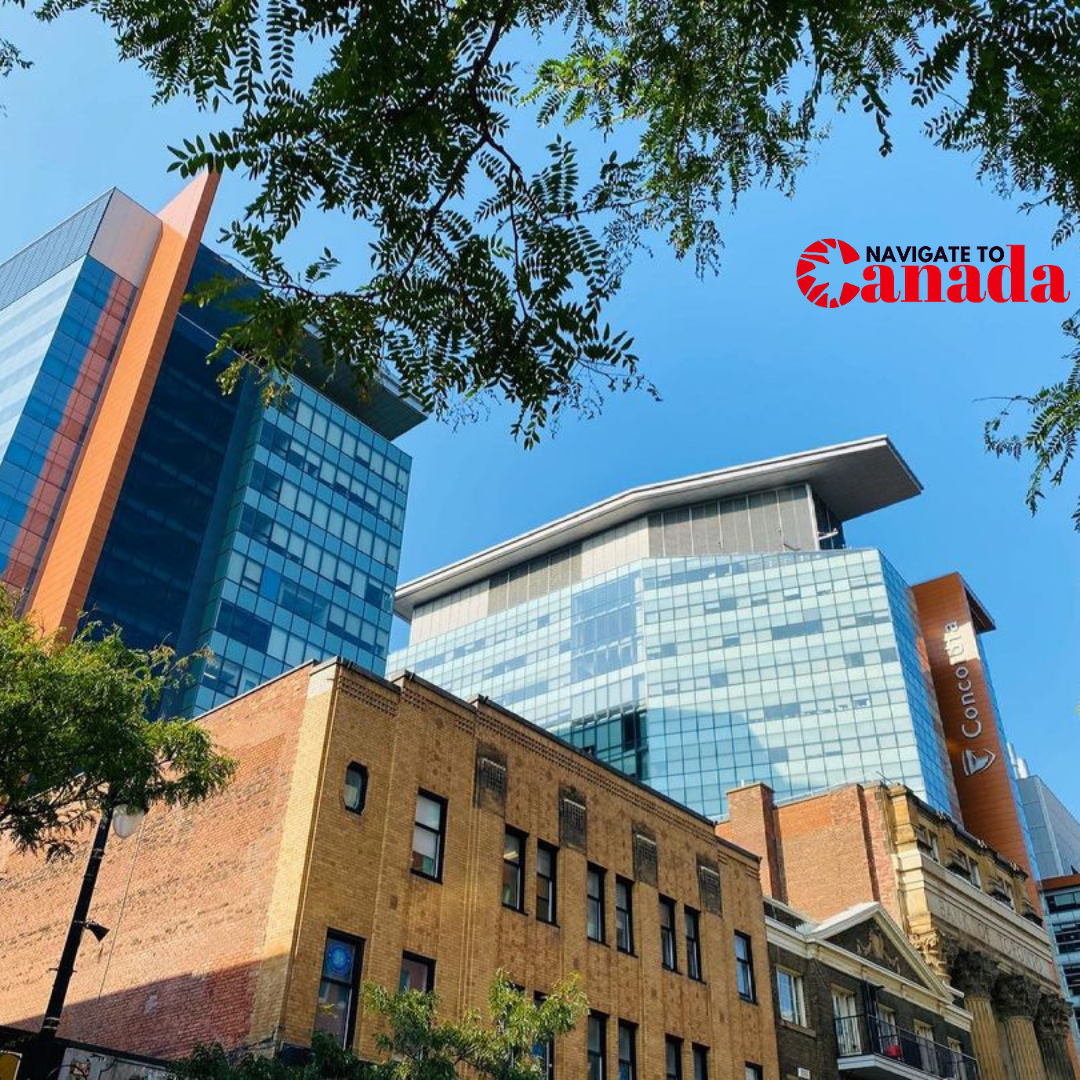 Moreover, there is an undergraduate student union, the Concordia Student Union whose members comprise over 33,000 of the total students. The research unit of Concordia University provides teaching in diverse areas such as human rights, digital arts, and synthetic biology.

Scholars from other departments work together including those of social science and humanities with engineers, artists, and scientists to increase and enhance the understanding of the issues faced by society. Sir George and Loyola campuses are filled with hidden gems, with a recent $80 million investment in facilities and resources. The campuses have everything to support student engagement in the practical application of their studies. 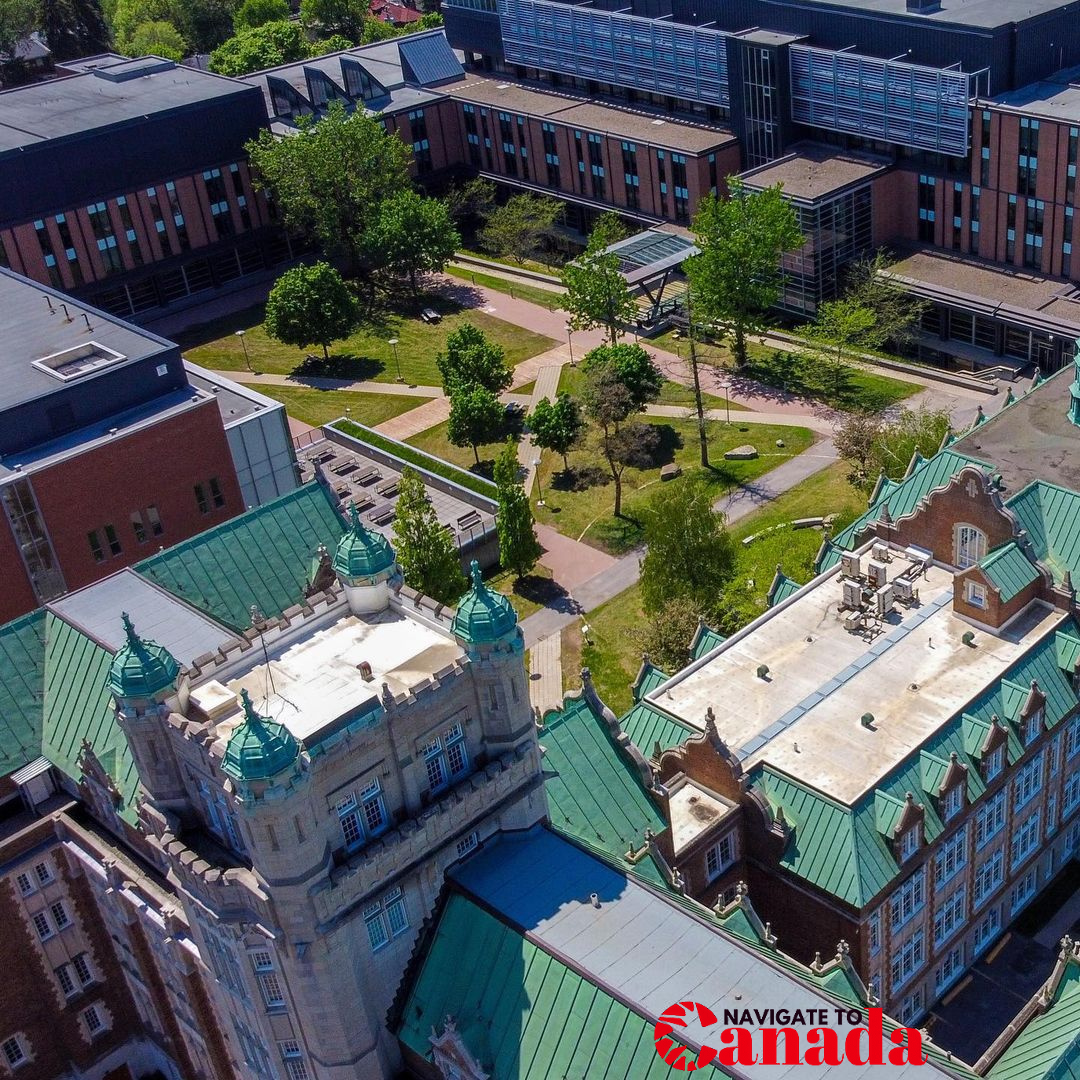 Students taking admission to the university would be introduced to the Concordia lifestyle, which is an urban lifestyle that keeps you active, engaged, and connected. The university is fueled by creativity and diversity, just like the city around you. Living in Montreal will open your eyes – and your mind. Students are encouraged to engage in clubs, sports, professional networks, and support services to balance their life, work, and study.

FIND OUT IF YOU ARE ELIGIBLE FOR CANADIAN IMMIGRATION